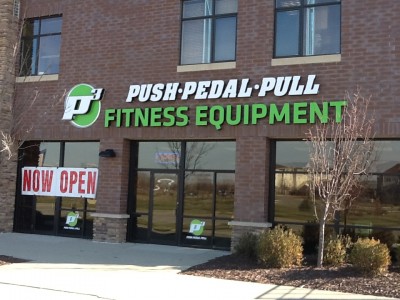 Why P3 Loves the Vibration Trainer 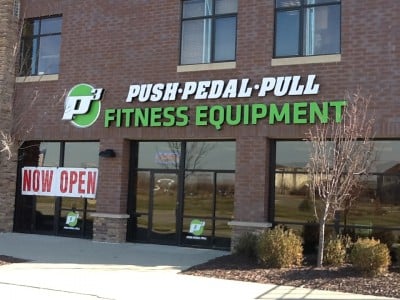 When Push Pedal Pull director of sales, Doug Corson, tells customers and even his sales associates about the many benefits of Accelerated Vibration Training (AVT), it comes from his heart and legs, chest, shoulders and arms.

Corson is so passionate about vibration training that along with his wife, Megan, a respected fitness trainer, they’ve opened a fitness studio in Des Moines, Iowa, that features six 3G Cardio Vibration Trainers. Corson has trained himself on vibration machines for many years.

The Corsons have found what a growing number of people across the USA are discovering that vibration training can greatly benefit people of nearly all ages and fitness backgrounds.

As the body reacts to the instability of the three-dimensional vibrations, it causes the muscles to fatigue much more quickly than with traditional strength training, Corson explained. Because people adjust the acceleration of vibration machines as opposed to loading up weights with other types of strength training, it’s also much safer on the joints, he added.

There’s a definite reason why you’re seeing half the NFL teams using acceleration training in their workouts,

They want to keep their athletes as healthy as possible. These machines provide a great way to fatigue the muscles very quickly. You can stretch and build strength in conjunction with whatever other workouts people are already doing.

Push Pedal Pull sells vibration machines to more than just elite athletes, though, as they have helped people of nearly all ages improve their flexibility, strength and balance.

There are places like the Mayo Clinic in Rochester, Minn., doing research and using it with their rehab patients,

To see medical professionals starting to have interest in this type of technology is exciting. I think it’s just starting, what’s going to happen with these things.

With how popular yoga and some of these other flexibility type workout programs are, people are realizing how important that type of stuff is. Vibration training is exactly what those things are, taking you through certain movements over and over and letting your body adapt. You’re going to gain a ton of flexibility in a very short of amount of time each workout.

Push Pedal Pull customers are often unsure of skeptical when they ask about a vibration machine and step onto it for the first time.

However, Corson says he has received positive feedback from virtually all the people who have tried them, as well as those who have eventually bought them.

People look at them and think of some of the gimmicks out there, like that jiggler machine that goes around your tumm

But when they step on a vibration machine and feel the power, and experience how quickly their muscles fatigue from just holding a squat or pushup, they realize (vibration training) is legitimate. They’re sold. You can get a great workout in as little as 15 minutes or so on a vibration trainer.

WHY GO WITH A 3G CARDIO VIBRATION MACHINE?
Power Plate was the first mainstream producer of vibration machines and is the brand Corson used and sold when he first became familiar with this aspect of training.

However, one other brand stacks up to Power Plate at about half the cost and that’s 3G Cardio, Corson said.

I’ve tried several different models because of my job...You just go out and kind of experiment with different ones.

I’ve known the Power Plate brand for a long time and that’s what you generally see in the professional type settings. 3G Cardio is the only plate that I have found and used that actually felt like a Power Plate.

That’s what got me talking to the owner of Push-Pedal-Pull and I basically told him that based on my success selling Power Plate in the past we should also talk to the 3G Cardio guys. For the overall value of 3G Cardio, I felt carrying their machines in our store was the direction we should go.

The 3G Cardio 6.0 AVT, which has received numerous Best Buy awards including back-to-back honors from fitnessprofessor.com sells for $4999 but in the Month of February you can purchase one for $3999 during Push Pedal Pull Heart Health Month.

The 3G 6.0 actually has the same plate size as the Power Plate Pro 5 Power Plate which retails for $9950, but the 3G 6.0 is half the cost...You get a bigger plate for your money without sacrificing power or workout benefits. I’m hooked, I like training on the 3G Cardio platforms.

With his passion for vibration training and respect for 3G Cardio products, Corson hopes to get a lot more people hooked on a phenomenon that he says is here to stay.

P3 Answers: What is the difference between treadmills?

Jesse from PushPedalPull in Sioux Falls answers your questions about what makes one treadmill more...
Read More

P3 Brentwood Store Participates in Race for The Cure